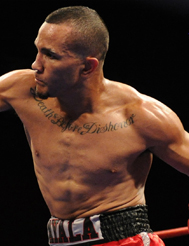 When he burst upon the pro scene in 2003, New Haven product Elvin Ayala made a quick impact. He won his first 16 bouts with a defensive style that left opponents flustered. It was a draw with the highly regarded Sergio Mora, who was 19-0 at the time, that led Ayala to getting a shot at the IBF world middleweight title against then 25-0 Arthur Abraham. Ayala was game until the 12th round before he was stopped by Abraham. Ayala would go on to win a WBC USNBC middleweight title in 2011 and again in 2016. Ayala would also fight for a USBA middleweight title and a WBC International middleweight championship, losing both times. He finished his career in 2019 with a 29-13-1 record after starting out 26-5-1. 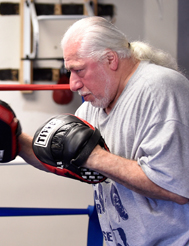 When you have been around the sport as long as Jose “Papo” Colon, you begin to get a reputation as a “Boxing Whisperer.” Now 76 and living in Manchester, Colon came to the U.S. from Puerto Rico as a youngster where he began work as a trainer after a couple of pro fights in his native country. Beginning in 1972, he worked at some of the most prestigious gyms in New York, including Gleason’s Gym in Brooklyn. In 1979, he was featured in a National Geographic article that dealt with his background and training acumen. In 1997, Colon arrived in Hartford and began working at the San Juan Center with future CBHOF inductee George Cruz. After assisting Tony Blanco in training light heavyweight prospect Richard “Popeye” Rivera at the Hartford Boxing Center, Colon moved on to the Manchester Ring of Champions Society, where he currently works with another CBHOF inductee in Paul Cichon. 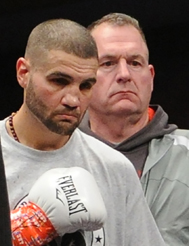 There aren’t many pawnbrokers who go on to become successful fight managers, but Mike Criscio of New Haven broke the mold. With his swashbuckling, confident style, Criscio first guided Chad Dawson to an NABF light heavyweight title in 2006. Dawson beat another member of the Connecticut Boxing Hall of Fame, Eric Harding, to capture that title. In his next bout, Dawson decimated a 31-0 Tomasz Adamek to win the WBC light heavyweight title. While with Criscio, Dawson would go on to be part of the conversation for best pound-for-pound fighter in the world. Criscio and Dawson would have a parting of the ways, but Criscio stayed in the game. At one time he worked with as many as 35 professional fighters, including Chris Avalos, who lost to Leo Santa Cruz in a super featherweight title affair in 2017. 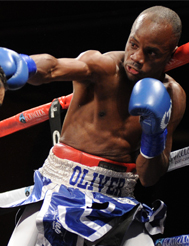 Trying on boxing gloves for the first time when he was just 3 years old, Hartford native Mike “Machine Gun” Oliver was hooked. He would accomplish a lot in the ring in the next 39 years. After winning several amateur titles, Oliver would have a successful pro career. He won the IBO world super bantamweight title as well as the USBA super bantamweight title. Oliver also captured the USA New England super bantamweight crown. Most of his accomplishments would come in the first 10 years of his pro career, which began in 2001. He raced to 25-2 record before finishing his career in 2021 with a record of 26-12-1. 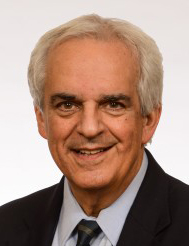 When he became Executive Director of the Hartford Civic Center in 1974, Frank Russo heeded the advice of his concessions manager. Of course, Johnny Cesario wasn’t just well versed in the sale of hot dogs and popcorn. He was a former professional fighter and future member of the Connecticut Boxing Hall of Fame. Cesario suggested putting some boxing events into the Civic Center. So Russo booked some boxing shows in Assembly Hall. They were profitable, and Russo saw the need for more. Hooking up with another future CBHOF inductee in matchmaker Vito Tallarita, Russo made future world welterweight champion and CBHOF inductee Marlon Starling the house fighter. During Russo’s reign, the Civic Center showed the first Sugar Ray Leonard-Roberto Duran fight on closed circuit after a live card featuring Starling in June of 1980. There were over 13,000 jammed into the building that night. Russo, who resides in Glastonbury, went on to form Monitor Productions, which helped promote the pro careers of 1984 U.S. Olympians Pernell Whitaker, Mark Breland, Meldrick Taylor, Evander Holyfield and Tyrell Biggs. Russo, 66, is currently the business development chief for Global Spectrum. 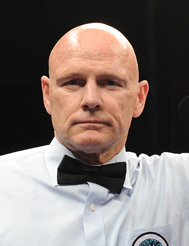 In his 19 yrs in the ring, Hartford native Danny Schiavone has become one of the most accomplished referees in the sport of boxing. A former Division 1 college baseball player and graduate of Hofstra University, Danny has refereed over 500 professional bouts, the most in the histoy of Connecticut boxing, of which 47 were title fights. Schiavone has refereed such prominent names as, Roy Jones Jr, Vasiliy Lomenchenko, Adrian Broner, Gary Russell, Hasim Rahman, Ray Mercer, David Tua amongst other champions. Danny also refereed the Chris Arreola/ Adam Kownaki Main Event at the Barclays Center in Brooklyn. This bout set a Heavyweight record for most punches thrown. In addition to being a professional boxing referee, Danny has played a role and acted as boxing advisor in the movie Back In The Day and currently plays a role in seasons two and three in William DeMeo’s critically acclaimed television series, Gravesend. He is also appearing in the upcoming movie Pep, the story of CT and International Boxing Hall of Fame inductee, Hartford’s own, Willie Pep.

His pro career was just seven years, but Carr made quite an impression during that time. Starting in 1932, the Meriden native would go on to win 52 fights while losing 14 and forging 8 draws. Fighting during the Great Depression, Carr became a fan favorite on New Haven shows, and could boast a victory over Nathan Mann among his conquests. Carr died young, passing away at age 41 in 1954.

Fought in the same era as Jimmy Leto, and even recorded a victory over Leto in 1940. Dolan was just 18 when he turned pro in 1931. He finished his pro career with a 89-9-3 record, which included wins over Cocoa Kid and Fritzie Zivic. In 1939, Dolan went the entire year without losing a bout. The Waterbury welterweight was just 51 when he died in 1964.

When she was named the Connecticut Commissioner of Consumer Protection in 1971, Newtown native Dunn also took on the role as the nation’s first female boxing commissioner. She wasn’t afraid to ruffle feathers, denying boxing legend Willie Pep a referees license due to alleged associations with persons of questionable character. That brave stance earned earned her respect in the boxing community. Dunn would later employ Pep in another capacity. A University of Connecticut graduate, Dunn was 90 when she passed away in 2017.

Recording 41 knockouts while compiling a record of 77-23-6, Gainer was a formidable light heavyweight. The New Haven product notched victories over James J. Braddock and Tony Galento in a career that spanned from 1930-1941. Gainer also had a draw with Maxie Rosenbloom. Had streaks of 12 consecutive wins and 13 straight victories. Born in 1906, Gainer died in 1973.

After a brief pro career as a lightweight, King became the head boxing coach at Yale University in 1907. The New London native held that post until 1952 when boxing was dropped as a sport. King was so highly regarded, however, that he became Connecticut’s first boxing commissioner in 1921, serving in that capacity for two years. Born in 1884, King passed away in 1956.

From 1939-1974, Bill Lee was the sports editor and columnist at the Hartford Courant, who became known for his skilled writing about boxing. Lee’s boxing stories were so popular that the makers of the upcoming movie “Pep” have a character portraying Lee in the movie about Willie Pep. The Connecticut Sportswriters Alliance have an annual Bill Lee Male Athlete of the Year award, which was bestowed upon Marlon Starling in 1988. Starling was part of the first CBHOF induction class in 2005. Lee passed away in 1979.

Hartford native took on all comers in compiling a 125-29-12 record in a welterweight career that spanned 19 years from 1924-1943. Managed by the legendary Lou Viscusi, Leto had notable victories against Chalky Wright, Cocoa Kid, and Fritzie Zivic. He passed away in 1986 at the age of 75.