As an amateur in 1979, Anderson would win the light heavyweight championship at the National Sports Festival. He took part in a nationally televised bout against Cuban legend Sixto Soria. Andersonlost that bout, but impressed many with his ability.

So it came as no surprise that Anderson was selected for a USA Boxing team that would compete in Poland in March of 1980. Anderson was on a flight that left New York headed for Warsaw.

Just one-half mile from Warsaw’s Okecie Airport, the plane crashed. A total of 77 people were killed, including 14 boxers and eight others associated with USA Boxing. Anderson was one of those killed.

It was a tragedy that touched a nation. Anderson, however, would not be forgotten. A recreation center in Hartford was named after him, the Kelvin Anderson Memorial Gym.

Thirty one years after the tragedy, the Connecticut Boxing Hall of Fame has done their part to make sure Anderson will always be remembered. 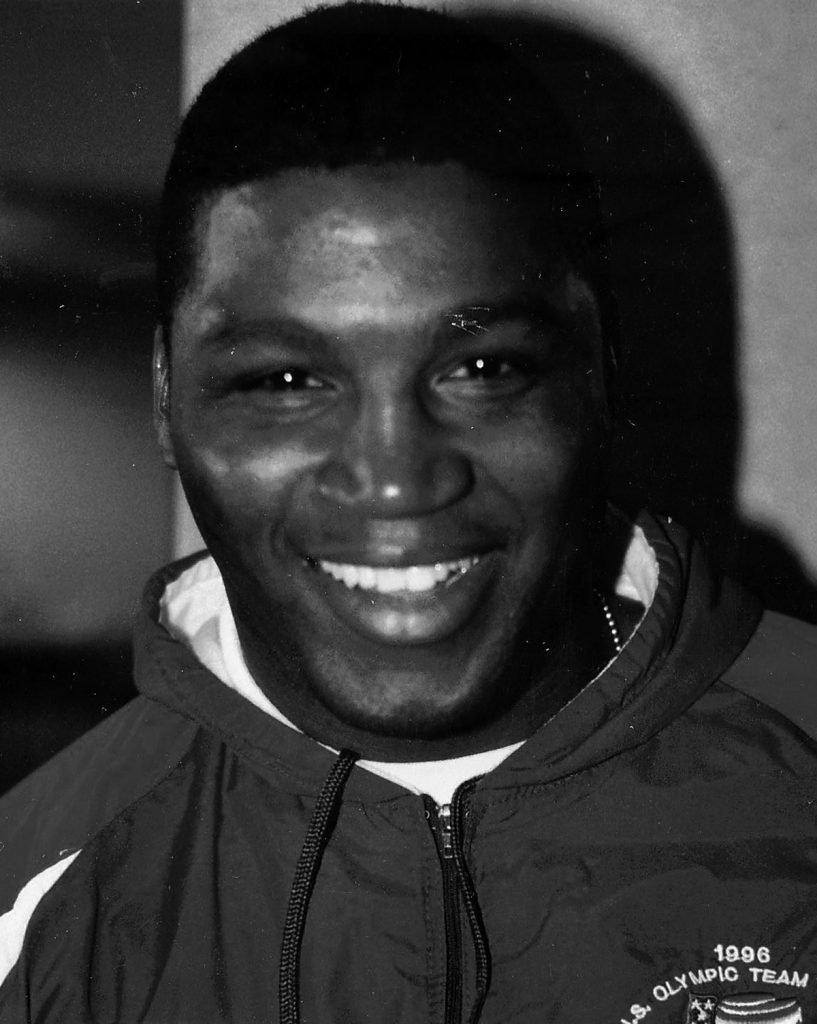 The 1996 United States boxing team was an impressive lot. Floyd Mayweather Jr., perhaps the best pound-for-pound fighter in the world today, was on that team. So were Antonio Tarver, Fernando Vargas, and David Reid. All went on to become world champions.

Who was the captain of that 1996 U.S. Olympic squad? It was Lawrence Clay-Bey, the Hartford native who now lives in Bloomfield. Clay-Bey didn’t win a gold medal and he never won a world title, but he still had an impressive amateur and professional career.

Clay-Bey honed his skills under the late Johnny Duke, who was part of the first Connecticut Boxing Hall of Fame induction class in 2005. Clay-Bey used his hand speed and punching power to become the top U.S. amateur heavyweight in 1996. Clay-Bey lost in the second round to current world heavyweight champion Wladimir Klitschko, 10-8, in the 1996 Olympic Games.

The easygoing Clay-Bey at first had no designs on turning pro, but he was wooed by several promoters and finally had his first pro bout in 1997, knocking out Billy McDonald in the first round. Clay-Bey won his first 12 pro fights.

Injuries, unfortunately, limited Clay-Bey to just 25 pro fights, and he went 21-3-1 with 16 knockouts. His son Jarin, however, is an amateur with much promise and appears capable of following in his dad’s footsteps. 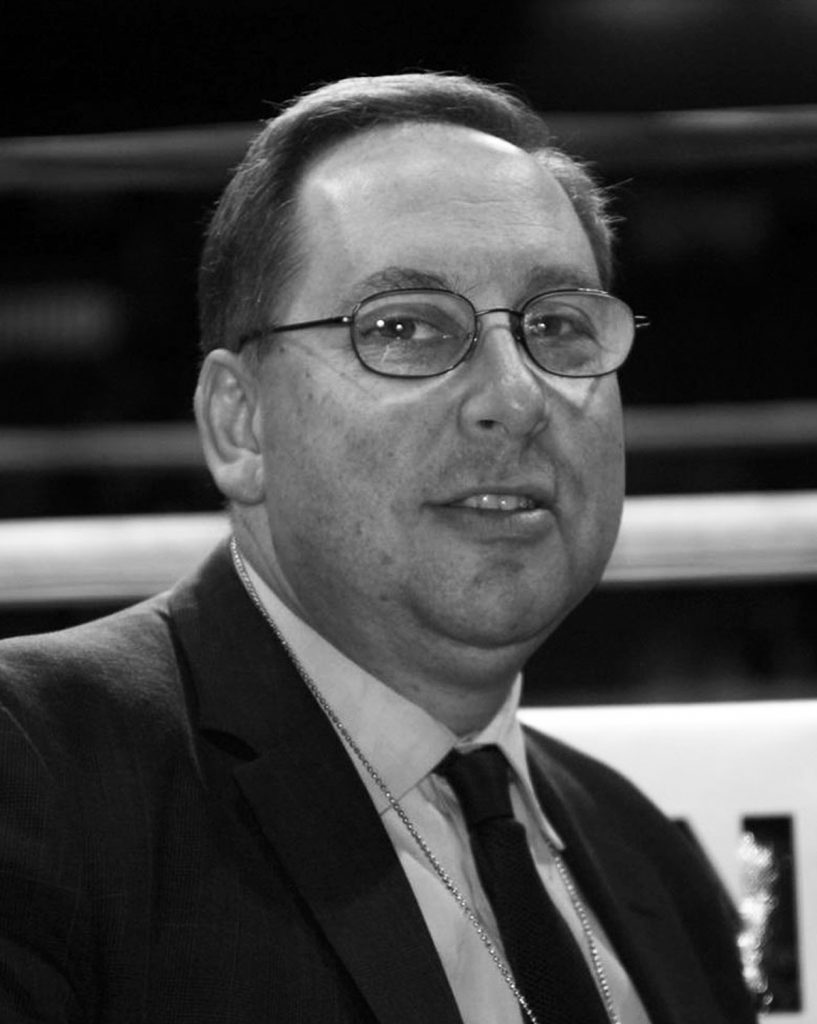 Glenn Feldman has always had the write stuff when it comes to boxing.

Feldman was once a sports writer who covered the sport. He published a paper called Hartford Sports Extra for seven years. Feldman became passionate about boxing to the point that he became a judge. Still, he wanted to do more.

It was Feldman who came up with the idea of the Connecticut Boxing Hall of Fame. He has been the only president of the CBHOF since it came about in 2004, with its first induction dinner in 2005. The creator is now a deserving inductee.

Feldman’s career as a judge has taken him all over the world. He once judged two world title fights over two nights in two continents — England and the United States.

Feldman has judged 97 professional fights and is a member of the WBA, WBO, IBF and IBO. His travels have taken him to such countries as Canada, Denmark, England, France, Germany, Ireland, Italy, Japan, Kazakhstan, Mexico, Panama, Scotland and Thailand.

A financial advisor for Merrill Lynch in West Hartford, Feldman is married with two children, and they are no doubt proud of his achievements in the fight game.

The shining moment in Eric Harding’s career came on June 23, 2000 against Antonio Tarver. Living in East Hartford at the time, Harding was an underdog to the 16-0 Tarver. But the Philadelphia native pulled off a stunning upset with surprising ease, winning a unanimous decision. He knocked Tarver down in Round 11.

That earned Harding a shot at Roy Jones Jr. three months later. The bout was for the WBC, WBA, IBF and IBO light heavyweight titles. Harding gave a good account of himself before being forced to retire with a shoulder injury in the 10th round.

Harding, 38, would go on to capture the USBA and NABF featherweight titles with wins over David Telesco and Daniel Judah respectively. Judah was unbeaten at the time with a 20-0-3 record.

George Khalid Jones was 16-0 when he lost a unanimous decision to Harding in 2001. Harding also owns a win over former world champion Montell Griffin.

Harding’s final fight came against Chad Dawson in 2006. Harding put his NABF title on the line. He knocked the then unbeaten Dawson down in the first round. Dawson, the two-time CBHOF Fighter of the Year, came back to win a unanimous decision. 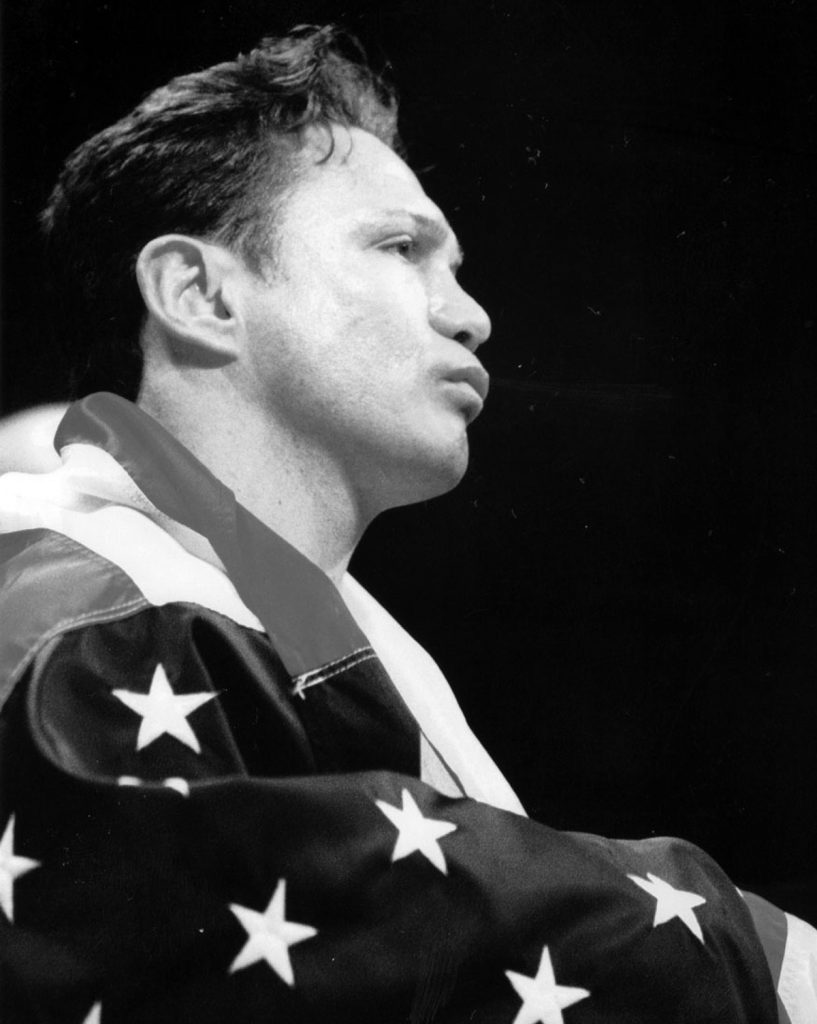 Perhaps the true measure of a champion is how many times he stepped into the ring against world championship-caliber opponents. During a career in which he became a five-time world champion, Vinny Paz ducked no one. The Providence native fought the likes of Roy Jones Jr. in his prime, Roberto Duran, Hector Camacho, Roger Mayweather, Loreto Garza, Greg Haugen, Harry Arroyo, and Dana Rosenblatt. Paz didn’t always win, but he never disappointed.

Promoters loved his talent, grit, determination, and flamboyant style. Paz was something that most fighters today simply are not – a drawing card. Wherever Paz fought, the buildings were full. That includes the 15 times he boxed at the Foxwoods Resort Casino in Connecticut, where he won 12 bouts while compiling a 50-10 record that included 30 knockouts.

In 1987, Paz beat Haugen to win his first world lightweight title. Ten years later, he was a world super middleweight champion despite having broken his neck in a car crash several years earlier. Paz didn’t settle to just live out his life after that. He would instead go on to capture the 1991 Ring Magazine Comeback Fighter of the Year Award. 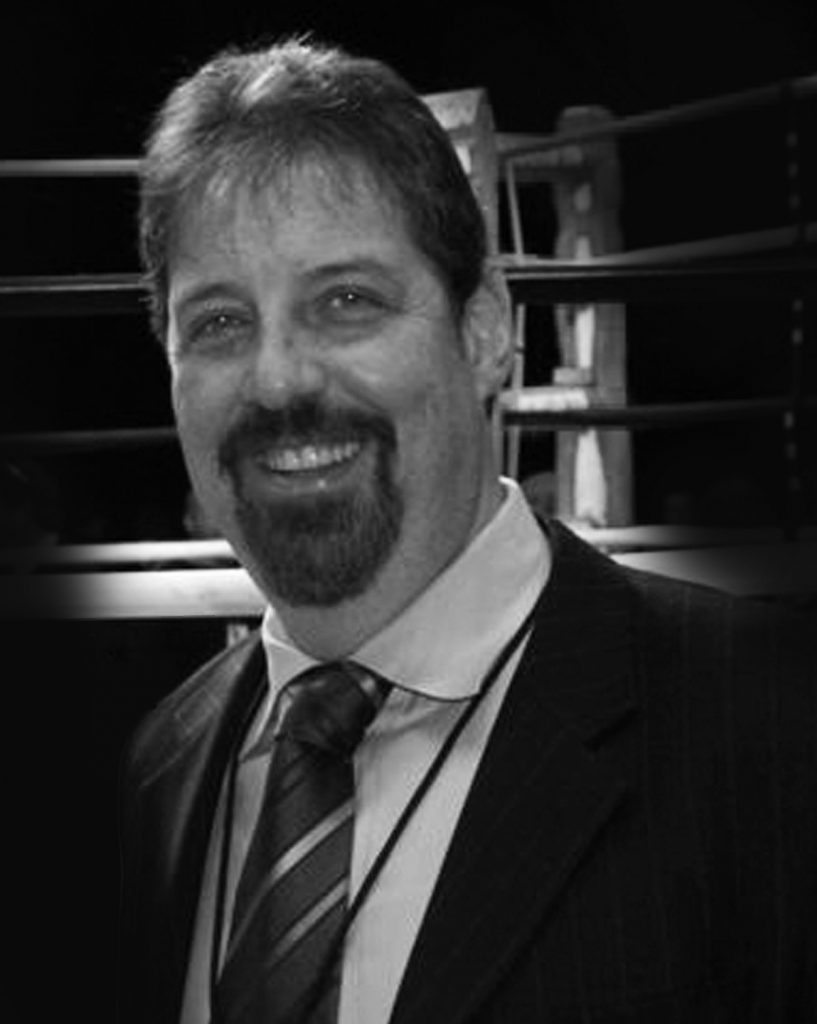 If there’s a big fight anywhere in Connecticut, you can bet Dr. Michael Schwartz is at ringside.

The Darien native became a ringside physician 20 years ago, and not only is he good at what he does, he legitimately cares about the health and welfare of all fighters. Schwartz is a human safety net. Everyone just feels a little bit better when they see him take his spot at ringside.

In 2002, Schwartz received the Rocky Marciano Award as “Ringside Physician of the Year.” In 2010, the Connecticut Boxing Hall of Fame selected Schwartz for its Outstanding Contribution to Boxing Award.

The list of awards Schwartz has received in his decorated career is an endless one. It will no doubt continue to grow.

It should be comforting to all to know that the Connecticut Boxing Hall of Fame now has a doctor in the house. 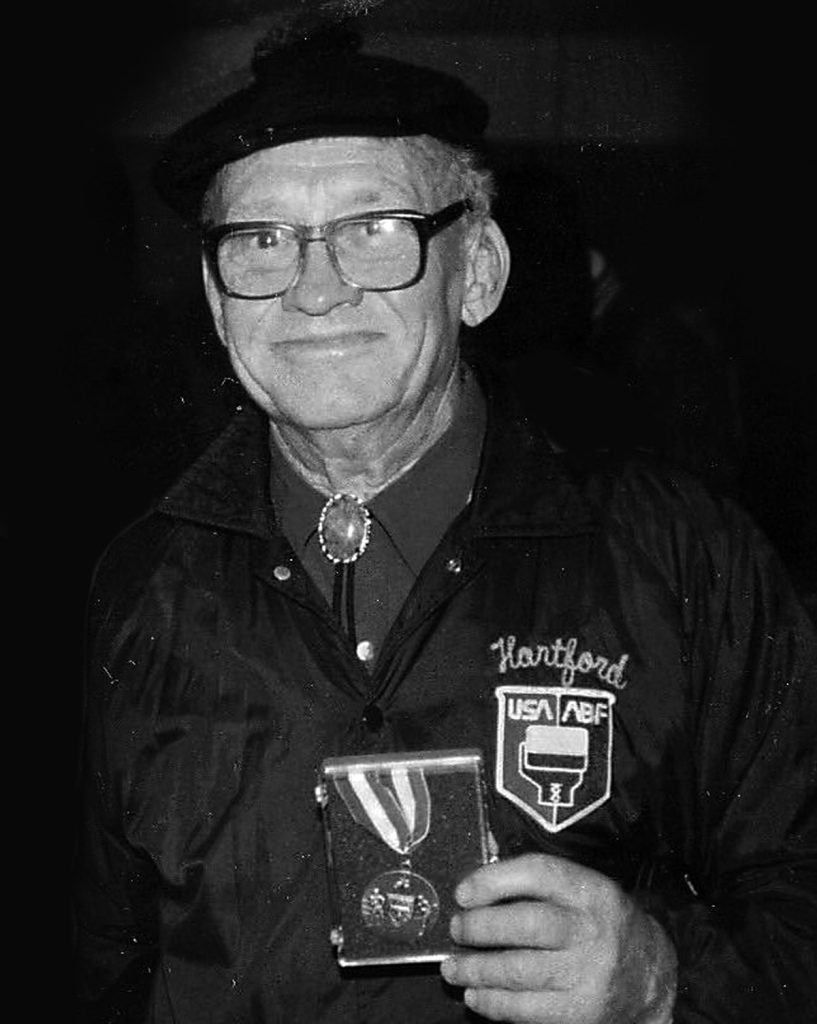 There was no higher tribute you could pay to Billy Taylor then to call him “coach.”

The Hartford native loved that reference, and well he should have, because he was one of the finest boxing coaches in Connecticut during the 1960s, 70s, and even into the 80s.

The NCAA Coaches Association as well as the Connecticut Boxing Guild honored Taylor in 1990 for his 50-year contribution to boxing. He coached the 1945 Coast Guard national championship team, guided Central Connecticut for eight seasons in the 1980s, and produced three national champions and 32 All-American boxers.

Taylor’s legacy lives on today through amateur coaches like Johnny Callas, who learned about coaching first-hand from the man who was the master.