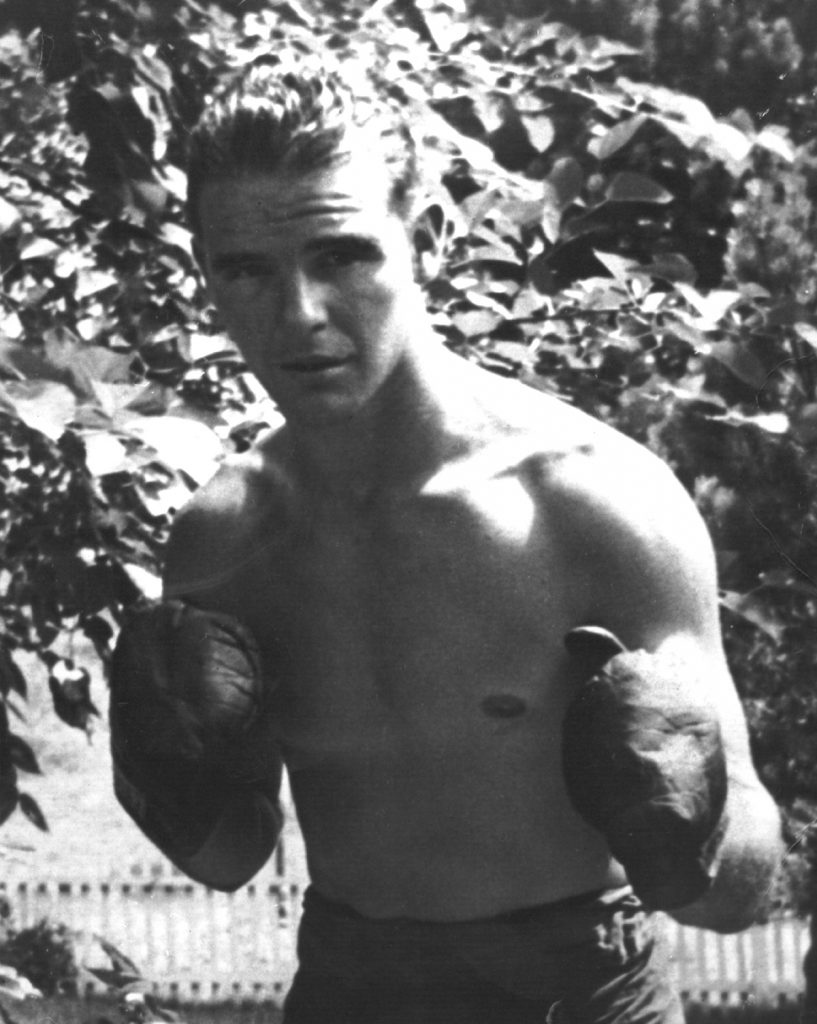 When inside a boxing ring, Dan Cosgrove usually showed his opponents who was boss. He won 31 of 34 fights between 1931 and 1934.

Cosgrove was much the same after he retired. He became known as the “Boss of Branford.” Though he never ran for political office, Cosgrove became legendary for his behind the scenes work during 20 years as head of the 12th District Democratic State Central Committee.

A bull in the ring, Cosgrove bought one bulldozer after he retired and launched a construction company. He became so successful in the construction business that he was recruited to take part in the remaking of the Long Wharf complex in New Haven.

Cosgrove, 92, isn’t as active in politics much anymore, but his brain still gets picked when the subjects are politics, construction or boxing. 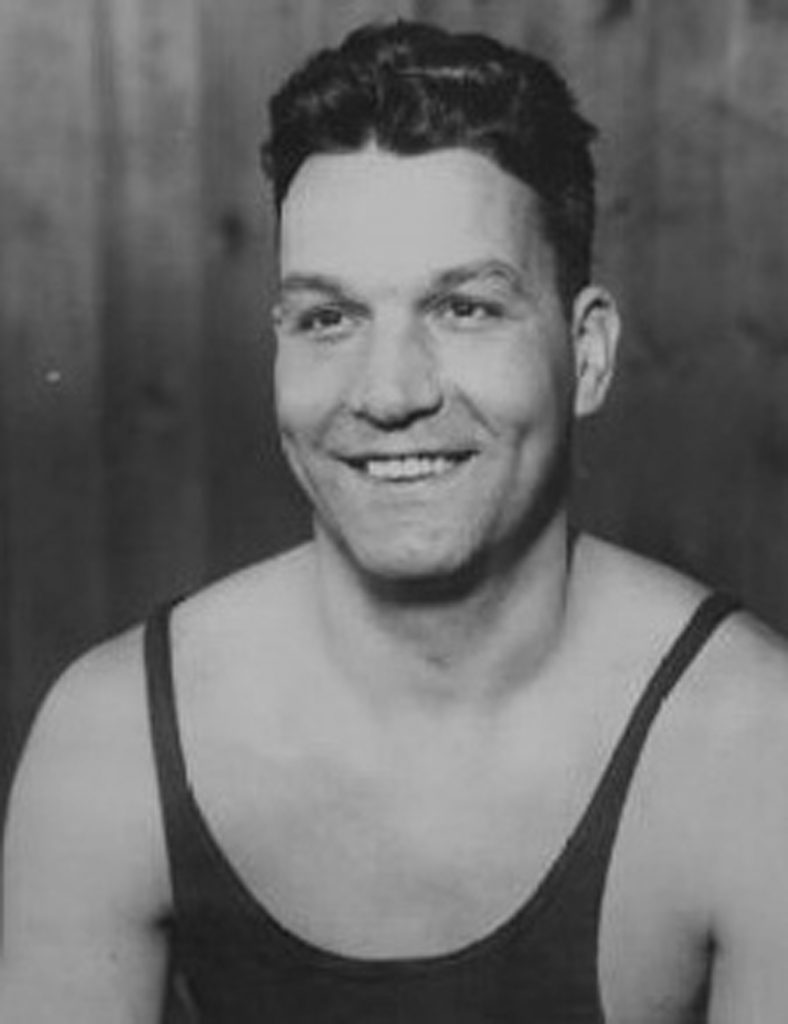 The name Ovila Chapedelaine sounds like it comes right from an old-time roster for the Montreal Canadiens.

Chapedelaine did fight, not inside a hockey rink, but in a boxing ring. And not before he changed his name to Jack Delaney before emmigrating to the United States from Quebec, Canada, where he was born.

Delaney lived in Bridgeport during most of his career as a fighter. He went 77-12-2 with 44 knockouts and two no contests. Delaney had a win over Tommy Loughran in 1924 before getting a light heavyweight title shot against Paul Berlenbach. Delaney lost a 15-round decision. When he got a rematch 15 months later, Delaney knocked Berlenbach down once and won a unanimous decision to win the world light heavyweight title.

Delaney gave up his light heavyweight crown in 1927 and moved up to heavyweight. Had he beaten Jimmy Maloney, Delaney would have had a shot against CBHOF inductee Gene Tunney. Delaney lost and never was a factor in the division again. 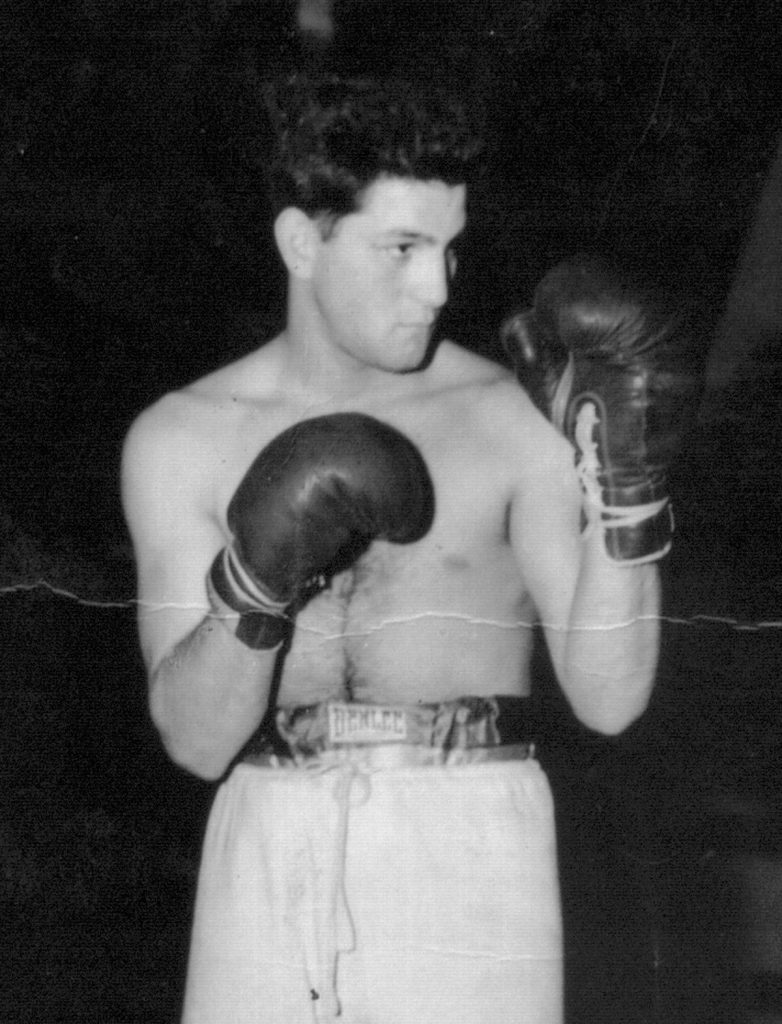 When Sal DiMartino stepped into a boxing ring for his first pro bout, he was still a teenager. DiMartino made his pro debut at the age of 19 in March of 1948. He knocked out Johnny Warren in the first round of a middleweight bout in Hartford, Connecticut.

DiMartino went on to post a 38-11-7 record. It took him a little more than a year to chalk up an impressive victory. He won a decision over CBHOF inductee Vic Cardell in September of 1949. DiMartino also fought to a draw with boxing legend Joey Giardello in 1952. DiMartino defeated Mike Gillo to capture the Connecticut State middleweight title in August of 1952. DiMartino was just 24 when he fought for the last time in June of 1953.

DiMartino, 80, is now retired and living in Florida. 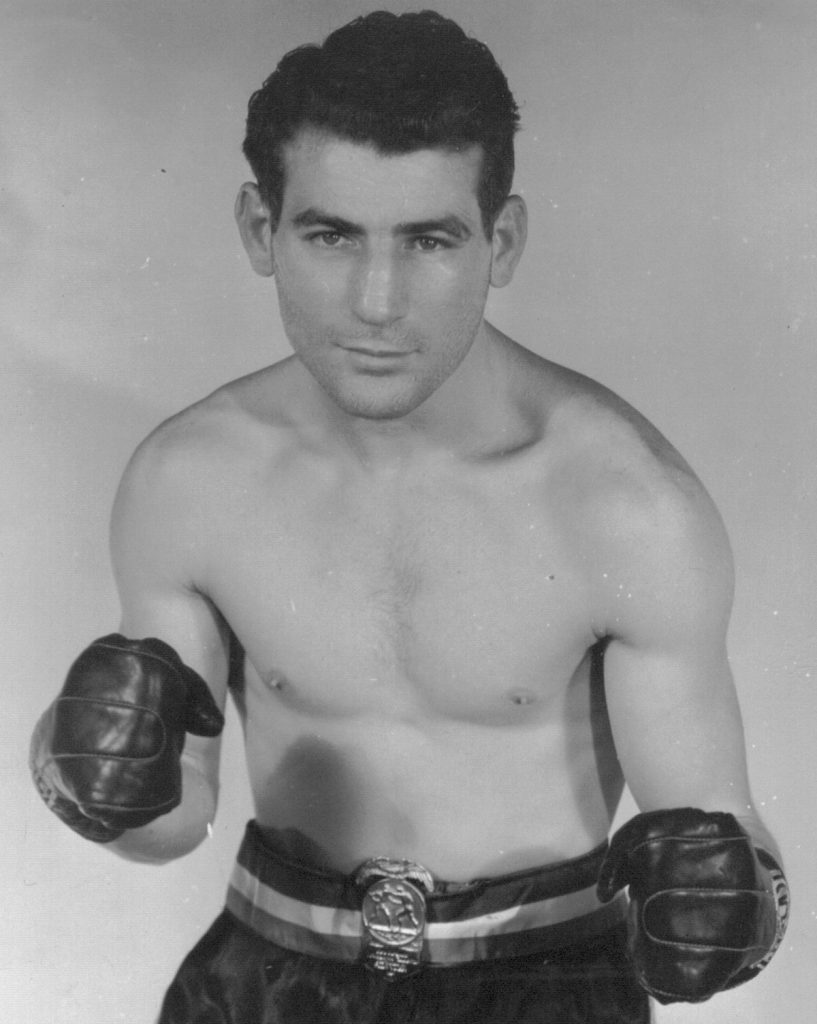 Julie Kogon was a busy fighter during his nine years as a pro.

In 1947, Kogon captured the New England welterweight title when he won a decision over Pat Demers in front of his hometown fans in New Haven. One reason Kogon became immensely popular was because he fought in his hometown often. He once fought in New Haven seven consecutive times, losing only one of those bouts.

Kogon was ranked the No. 10 lightweight in the world in 1944. Kogon faced CBHOF inductee Willie Pep in one bout and held his own, losing a decision to one of the greatest pound-forpound fighters of all time.

Kogon went on to become an intramural boxing instructor at Yale. He died on December 20, 1986. 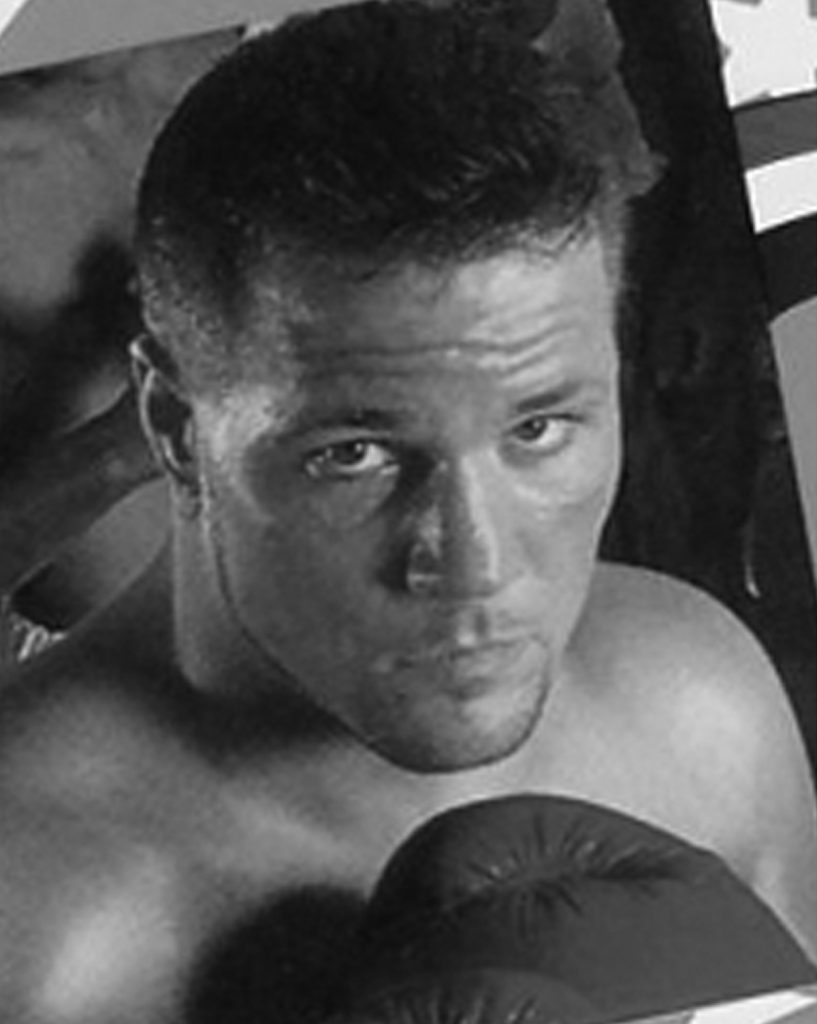 It’s been said that when John Scully was born, he gave the doctor a tap on the cheek with a left jab.

Boxing has been in Scully’s blood for nearly his entire life. He was a highly successful amateur. He was a solid professional. Now a trainer, Scully has worked with world champions.

Scully is thrilled to be alongside the likes of Starling, Pep and trainer Johnny Duke in the Connecticut Boxing Hall of Fame.

“Willie Pep and Moochie (Marlon Starling), I put them on the highest level of the Hall of Fame, and to have my picture up there, especially up there with Johnny Duke who was the first name I really knew in boxing, means a lot to me,’” Scully said. “When I started boxing, I thought the world of guys like Starling, Troy Wortham and Tyrone Booze. To me, Connecticut was the whole world. That was the first mountain I wanted to climb, to be the best in Connecticut. So it’s cool to be in this Hall of Fame.” 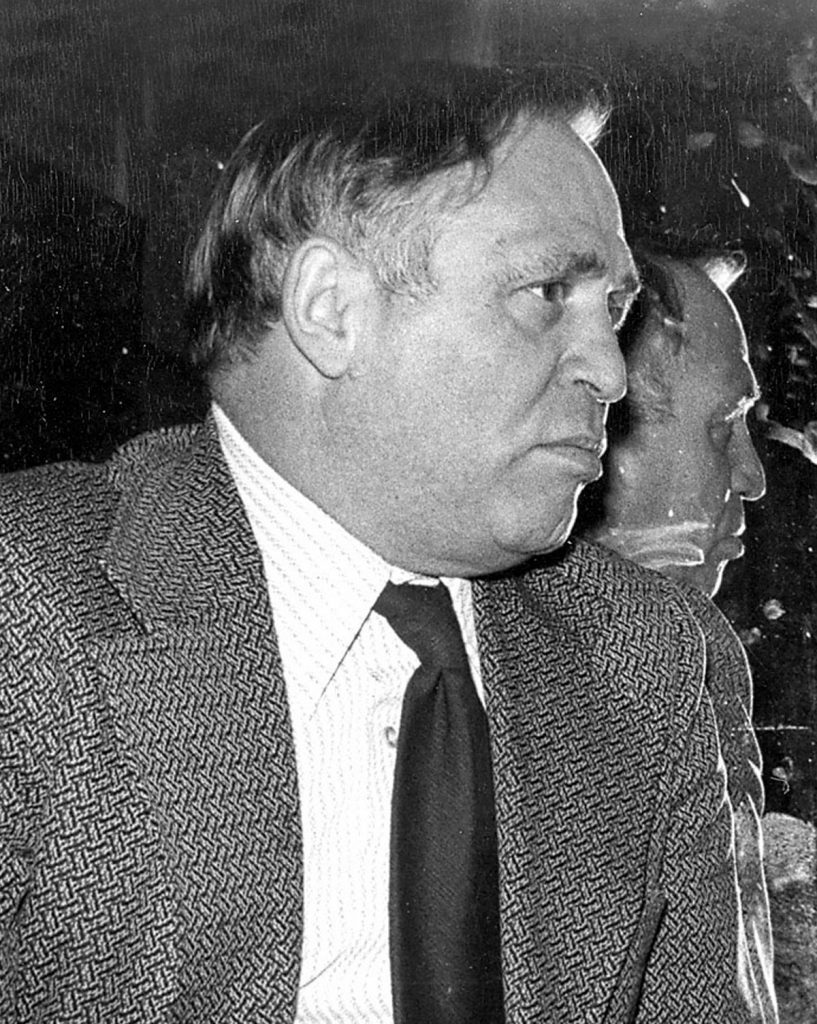 Born in Italy in 1922, Vito Tallarita moved to Enfield when he was seven. He quickly took a shine to boxing and was an amateur flyweight in the 1940s who twice had bouts against legendary featherweight world champion Willie Pep.

Realizing his limitations as a fighter, Tallarita delved into the promotional and matchmaking elements of the sport and quickly earned a reputation as one of the best in the business.

Tallarita was the matchmaker for Marlon Starling’s first 20 pro bouts. Starling and Pep were in the CBHOF’s first induction class in 2005.

Tallarita was the matchmaker for all five of Leonard’s bouts in New England before he became a world champion. Three of those bouts were in Hartford, New Haven and Springfield respectively and all were nationally televised.

Tallarita, who was inducted into the Enfield Athletic Hall of Fame in 1996, also did the wildly successful closed-circuit promotions of the first Muhammad Ali-Joe Frazier bout and the Ali-George Foreman fight.

Tallarita passed away in 1984.